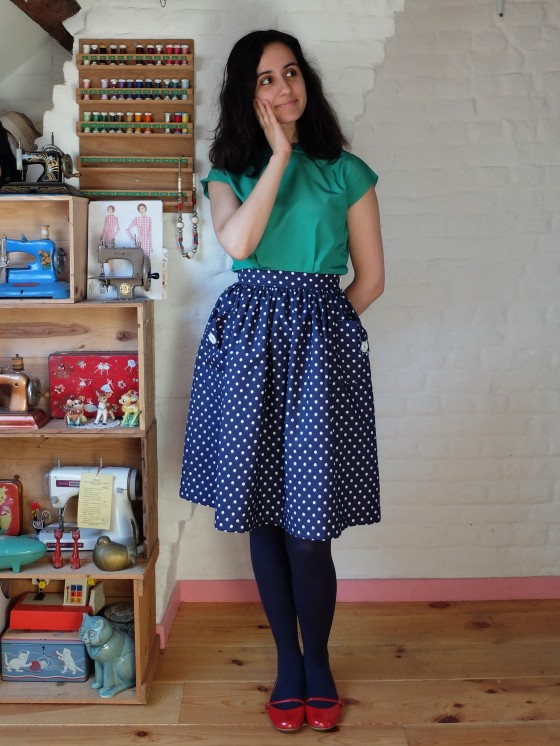 Aaand here it is! Not the most complicated project, but I like the result very much!

I had been meaning to sew myself a skirt like that for years, but you know, so many ideas, so little time… The fabric is actually one of the firsts I ever bought! I had already sewn a skirt with it, which I wore a lot, but I’ve gotten more used to high waisted skirts (and pockets!) so I had been wearing it less and less and meaning to replace it with a new one. 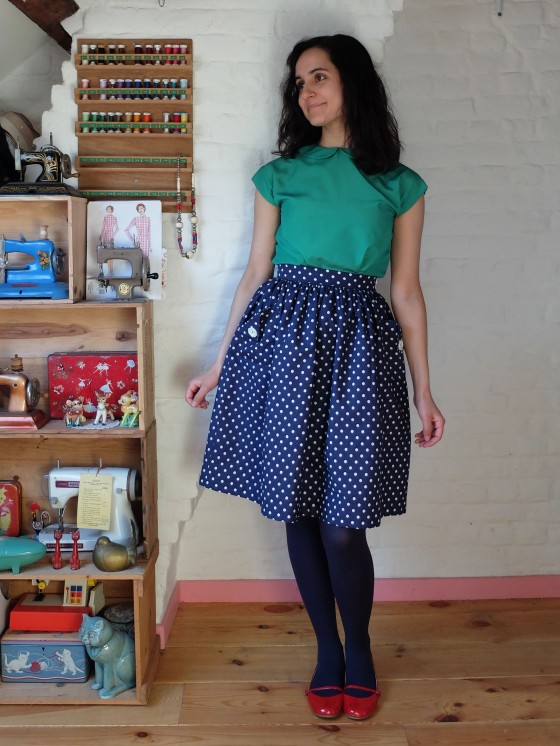 After sewing my modified Sureau, I was in desperate need of a simple project, one that I could complete in a day or two. I contemplated sewing a tote bag, then I set my mind on that gathered skirt. While I do need a (few) tote bag(s), getting a new skirt was much more tempting!

The skirt itself took me a day but I decided to put off sewing the pockets to the next day so as not to rush things and make a mess out of them. And I must have made the right choice because everything went smoothly as can be; I didn’t use the seam ripper even once! Even the zipper went in without a hitch (okay, it’s not the most difficult kind, but still!). 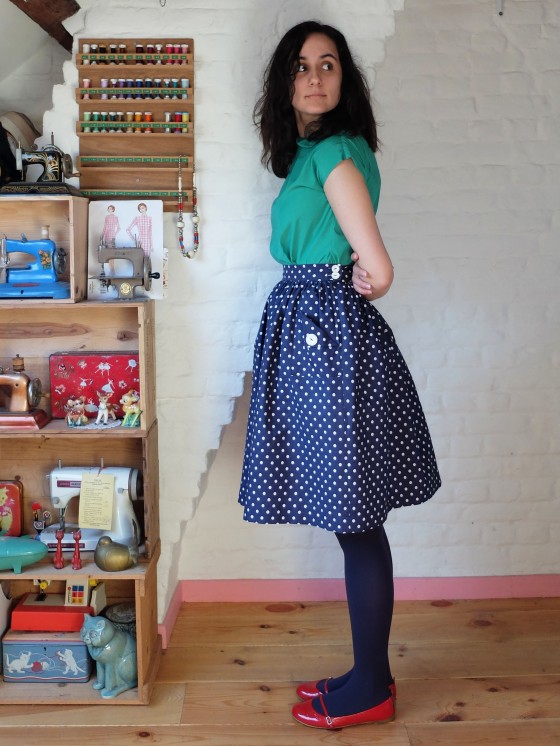 I used Gertie’s book to make the skirt pattern, but you can find the same information on her blog (part one – part two). For the pockets I followed A Fashionable Stitch’s tutorial. Both Gertie’s and this one were very clear and easy to follow and yielded great results.

I’m really happy with the buttons: big ones on the pockets, small ones at the waistband. They’re from Gotex, one of my favourite fabric stores in Brussels, from a €1 bin full of old dusty button cards. The two buttonholes that close the waistband are a touch too small for the buttons, but at least they feel secure and they were parallel and the same size as each other, so I didn’t bother remaking them. 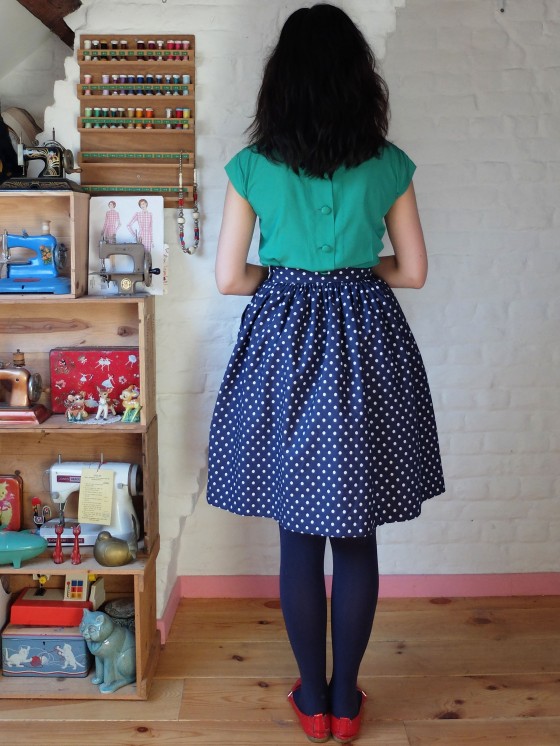 I haven’t worn the skirt yet (I always fear if I wear a garment I haven’t photographed yet it will get ruined before I can take the pictures or something), but I’m pretty sure it will get in heavy rotation as it’s the kind of skirt I can see myself wearing both with or without tights, which means I can wear it all year long. I guess you’ll see it again soon with Me-Made-May coming up!