And here’s the last hat of the collection! There’s something of a déjà vu, no? It’s pretty much the same pattern… in that there’s no pattern: I didn’t take any notes the first time I made this hat, and of course I didn’t think to take any notes the second time around! This was more of a try on as you knit thing. 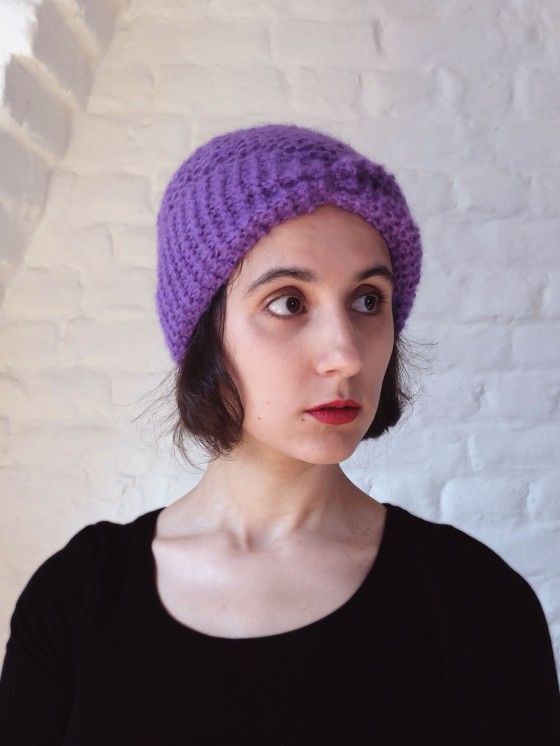 It was not made in one piece though: I knit a hat (with ribbing at the bottom for it to fit comfortably) on the one side and a turban band on the other side and I joined them afterwards by sewing their bases together.

This was an easy hat to knit, and I held the yarn double so it was a pretty fast knit, too, but what was most difficult was unravelling the original sweater to make it into usable balls. The yarn has a mohair quality to it and the sweater had been worn and washed a lot since it was knit at the end of the 1980s, so this was not an easy feat!

Turbans were a very popular style during the 1940s so I wanted to include one in my collection, and I also knew I wanted a sewn hat and a knitted hat for my two techniques free of choice, so I thought a knitted turban would be fitting. The result also has a 1920s look to it, I think it will depend how I style it in the future.

I named this last hat after this song, another one of my favourites and the epitome of a cold weather song.

And that’s it for the collection, thank you so much for reading!